The idea of the sidewalk café is typically associated with Paris, Rome, Seattle, and other centres of cosmopolitan life. What is less well-known, however, is that coffee (and, by extension, cafés) wasn’t introduced to the West until the 1600s. 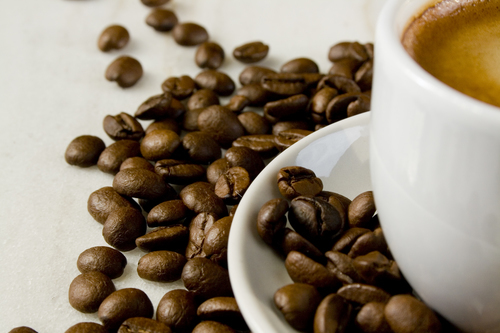 For more than 400 years before its introduction to Europe, the consumption of coffee was entirely confined to the Horn of Africa, the Middle East, and urban centres throughout Central Asia.

So the next time you’re sipping espresso at your favourite café while surfing the net on your second hand macbook, take a moment to appreciate the Middle Eastern antecedents of both coffee and coffeehouses.

The origins of the beverage itself can be traced to Ethiopia, which remains famous till date for its thriving coffee culture and the high quality of the coffee beans it produces.

According to legend, at some point in the 12th century, an Ethiopian goat herder was surprised to find that his goats were unusually energetic that day. Upon closer inspection, he found that they had just eaten red berries from a mysterious shrub – a discovery that would change the world forever.

By the 13th century, people in Ethiopia and nearby Yemen had learned a number of techniques for roasting coffee beans, thus turning it into the energy-inducing drink we all know and love today.

Coffee quickly spread throughout the Arabian Peninsula, where devout Muslims would make use of the beverage’s stimulating properties to keep them alert during nightly prayer sessions.

The Rise of Café Culture

From Arabia, coffee spread throughout Persia, Egypt, Iraq, Syria and Turkey, where it soon gave rise to the coffeehouse (‘qahwa’ in Arabic) – an institution that has remained central to Middle Eastern social life up until modern times.

Like the role played by pubs in the British Isles, the coffeehouse was (and is) where members of the community would gather to meet with friends and neighbours, discuss local gossip and current events and play games such as chess and backgammon.

At some point in the early 1600s, an Indian pilgrim named Baba Budan set out for Europe from Yemen’s Port of Mocha after having performed the Islamic pilgrimage to Mecca. Having fallen in love with coffee during his stay, he carried with him a handful of coffee beans – and the rest, as they say is history.